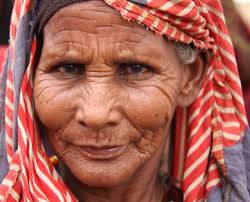 Monday, October 19, at the Expo in Milan, was presented the project “100 Centenarians X EXPO”, an event organized by the mayor of Pollica, Stephen Pisani, which resulted in EXPO experiences of long life of some centenarians cilent, in collaboration with Trenitalia (Italian FS Group), because the train is the means of mass transport in less impact ambientale.mBen twenty centenarians present, to raise awareness of the health benefits of the Mediterranean diet and the secret for a long life, such as Mediterranean means eating mostly vegetables kilometer zero, prepared in every way. The presentation was also attended by the President of the Region Vincenzo De Luca.

Cilento is the area of ​​the sub-regional Campania that goes from the Gulf of Salerno to that of Policastro. The same Ancel Keys, struck by the low incidence of cardiovascular disease in the region Campania, in 1962 he decided to move in Cilento, Pioppi (a fraction of Pollica in the province of Salerno), where he remained for 40 years, to study the phenomenon and concluding that the power was the basis of good health. It is no coincidence that he lived to be almost 101 years, while his wife Margaret Haney, his partner in life and work, has reached the milestone of 96, well lived.

Poplars, Acciaroli, Pollica, San Mauro, Castellabate Agnone, Velia, a piece of land known as the “triangle of life”, a term coined by the Keys. Here we live eight to ten years longer than in the rest of Italy.