Alarm and controversy on Vaccines

In Italy today are dying because of diseases to whom science has given an answer: the vaccine.
Are decreasing considerably mothers who vaccinate their children and this collapse raises the risk of epidemics and diseases now defeats. They are vaccinations that 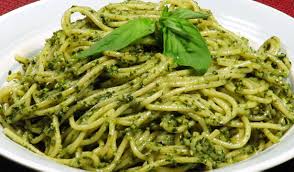 PESTO WITHOUT PINE NUTS.
The New York Times is in the news thanks to biologist Jonathan Slaght for his plan to save the ecosystem of Korean pine in Eastern Russia.
In fact, the pine nuts to make pesto are imported from the